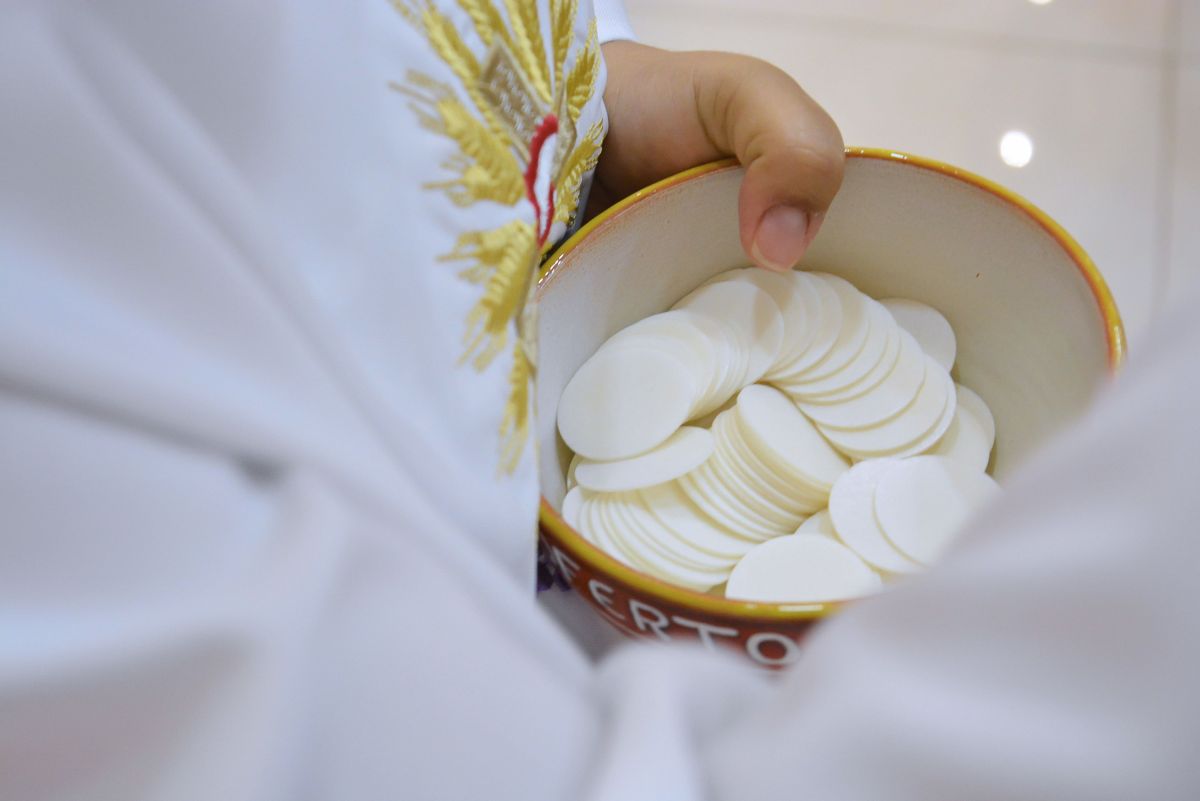 (ANSA) - Rome, July 11 - Italian Celiac Association AIC said Tuesday that it was possible for Catholic sufferers of the autoimmune disease to take low-gluten wafers at Communion while respecting their health and their faith.
At the weekend, the Catholic Church released a statement on bread and wine for the Eucharist that said that "hosts that are completely gluten-free are invalid", sparking concern among many celiac sufferers.
The AIC (Associazione Italiana Celiachia) said the document, sent by the Congregation for Divine Worship and the Discipline of the Sacraments to bishops at Pope Francis's request, "does not add anything new".
It said media reports had distorted parts of the document regarding gluten-free hosts and created "groundless alarmism among Catholic celiac sufferers". It said that it was possible for sufferers to take wafers that are considered 'gluten free', with a minimal gluten content not above 20 mg/kg, or 'very low gluten',with a maximum gluten content of 100 mg/kg, at Communion without risking their health, given the small quantities consumed.
The AIC said the Church document was released to address the question of gluten-free wafers sold online or at supermarkets that may not be suitable for Communion. The AIC statement gave a list of both gluten-free and low-gluten wafers that are suitable for the Church.
The statement also called on priests to be especially attentive to ensure they do not cause cross-contamination by handling wafers containing gluten and then giving a gluten-free wafer to a celiac sufferer.
It appealed for the clergy to be especially attentive with children celiac sufferers to try to ensure they do not feel different during communion.
Indeed, it recommended that all the children taking part in a First Communion and Confirmation ceremony be given low gluten wafers if a celiac sufferer is taking part, to avoid highlighting that the child is different to the faithful present.

Change Location
To find awesome listings near you!